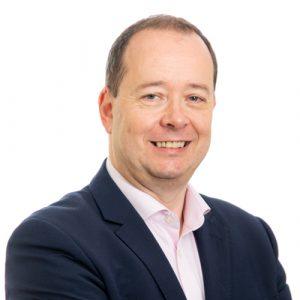 A Chartered Accountant with over 20 years post qualification experience.

Prior to joining the hotel industry in 2001, Jim occupied a number of senior positions in construction and manufacturing including two stints working in turnaround situations for 3i investments in the printing industry.

In 2004, Jim was promoted to the Macdonald Hotels & Resorts Board as Commercial Director.

In September 2012, Legacy Hotels & Resorts created Branded Hotel Management (BHM) originally in a joint venture with Longrose Buccleuch which contributes to today’s consolidated portfolio of 2241 guestrooms with a turnover for 2015 forecast at a little in excess of £62 million (January 2015).

Jim became a director of Vesta Equity Partners which was formed in late 2014 in a joint venture between HVL and Harbridge Capital Ltd to specifically target the funding, acquisition and development of three and four star regional UK hotel assets – unbranded, branded or brandable.